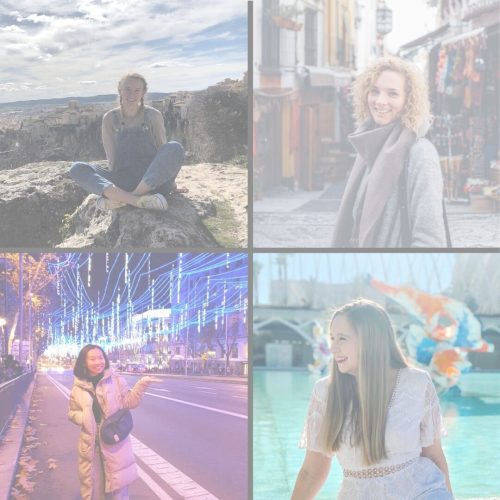 Earlier this week we shared an introduction to culture shock from a very theoretical view. However, culture shock has a lot to do with how the situation makes us feel. That is why today on the blog we are taking a step away from Dani and Claudia’s experiences and letting other people talk about their culture shock experiences in Spain. 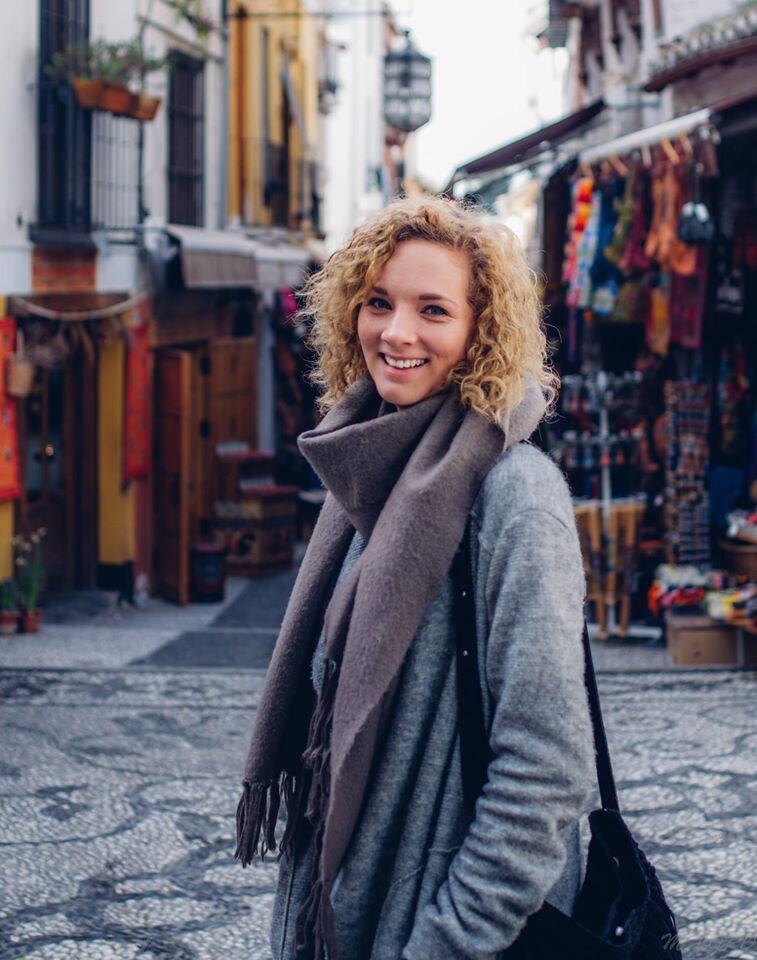 My name is Kaisa, I am originally from Finland and a few years ago I lived in Granada for one year. Even though I was already quite familiar with Spain, there were still things that came as a surprise to me during my time there. I remember that one of the things that surprised me in the beginning was how differently people viewed social gatherings and socializing. First time I made a coffee date with a friend and she showed up with a couple of her friends that I didn’t know, I was surprised. I thought I was just meeting my friend! Very quickly I learned that the “rules” regarding social interactions in Spain are very different from what I was used to and meeting up with one friend could easily turn into a bigger gathering. Nowadays I absolutely love this kind of openness in social interactions. The more the merrier!

Note: Now that Claudia is living in Finland, Kaisa’s home country, she has experienced the opposite culture shock—that you are not really supposed to bring anyone along that hasn’t been explicitly invited. She is still trying to find the balance between inviting everyone and keeping meetings to a few people.

My name is Jen and I’m from the Chicago suburbs in the United States. I lived in Spain from August 2018-July 2019. My fiancé got accepted into the Berklee college of music graduate program in Valencia, Spain and I knew it was an opportunity we couldn’t pass up. I was an auxiliar de conversación while in Valencia and taught in a pueblo about an hour outside of the city center. Before making the big move to Spain I had never been to Europe before so I definitely experienced culture shock throughout my time in Spain. 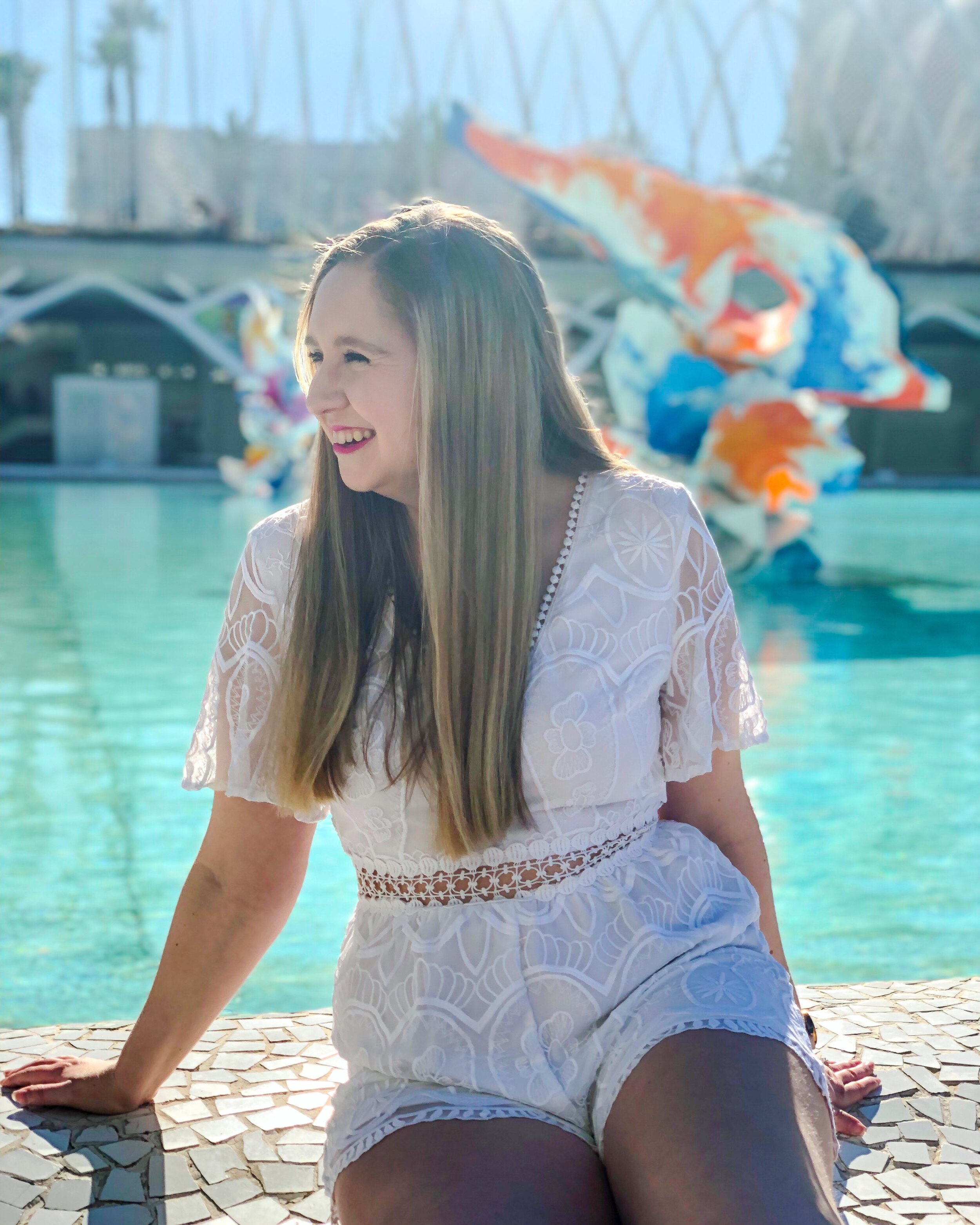 There were a number of things that initially stood out to me as something culturally different when we got to Spain. When we were looking for an apartment, I had a hard time understanding why we needed to find someone who knew landlords with open apartments to rent. To me, that was something that we did in the US to find a house. We also had to pay a fee in order to use their services which was equivalent to a month’s worth of rent. Both of these things confused my fiancé and I but we needed an apartment fast so we accepted this cultural difference pretty quickly. I also struggled greatly with the smoking on the streets in Spain. I’ve never smoked and I get migraines so it was definitely an adjustment that in many instances where I was walking around town I would be inhaling a lot of cigarette smoke. This kind of smoking in public is definitely frowned upon and even forbidden in a lot of places in the US, and it’s still something that took me by surprise even late into our stay. Finally, something that initially shocked me but I ended up feeling reverse culture shock on the way back, food portion sizes. Portion sizes were baffling to me as everything is so bigger in the us. Our first meal (embarrassingly) was McDonalds and I could not believe their size large drink was as big as a medium in the US and their medium fries were as big as a US small. Honestly, I miss this, I felt like I wasn’t overeating ever or wasting food. Overall, culture shock is a huge part of moving abroad but ultimately the culture was one of the things I fell in love with most when I lived in Spain.

You can read more from Jen in this post and check out here blog, the Answer is Sunshine, here. 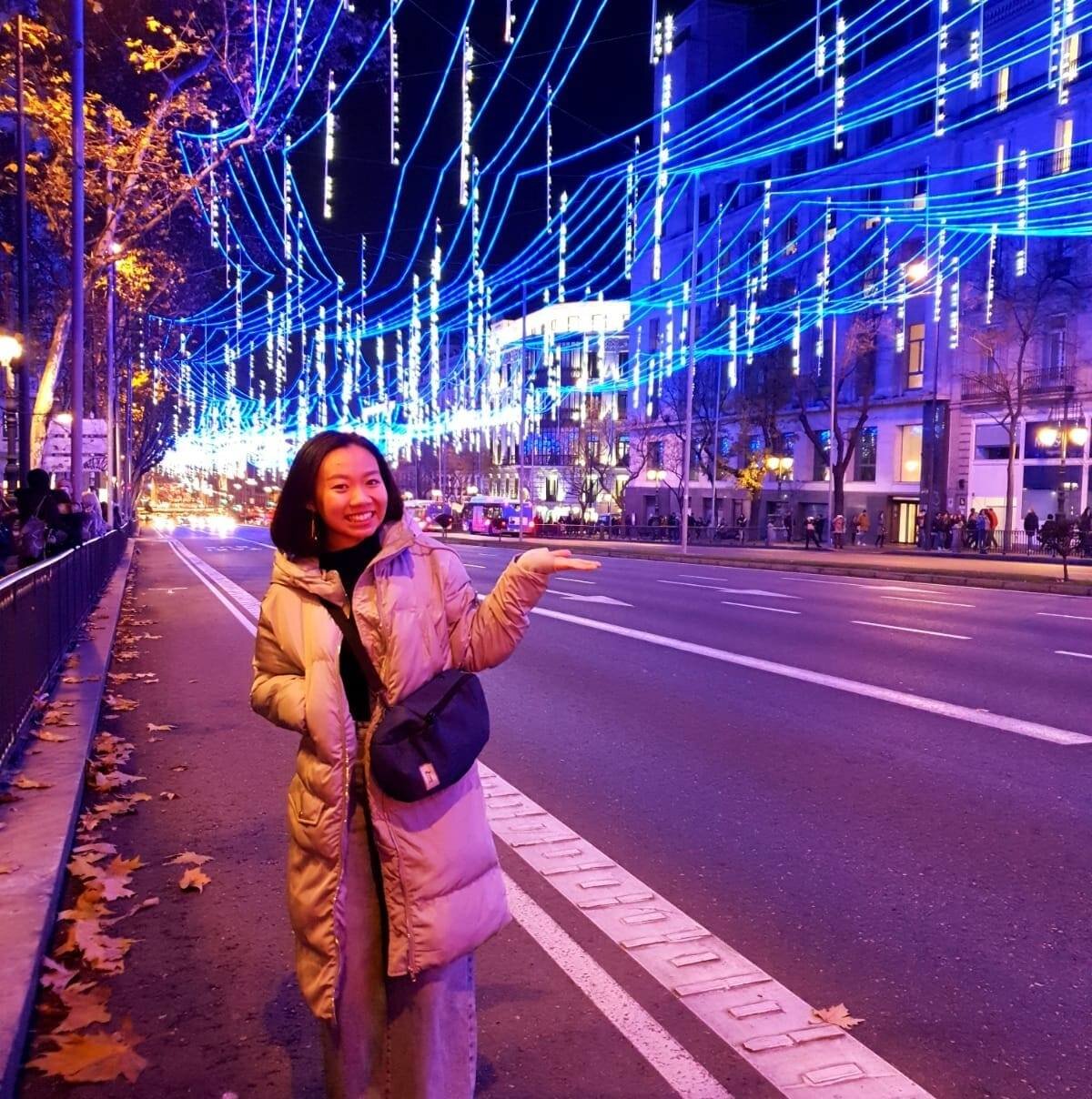 My name is Trang, currently, I am studying for a degree in Tourism in Granada, Spain. I moved away from Vietnam to Spain to study and to experience something new.

To be honest, I never thought of studying abroad in my twenty years of living, the idea of studying abroad popped into my mind spontaneously while I was having a conversation with my friends. At that moment, I did not think much, I just went home, talked to my parents, and prepared all the papers. Of course, it was a real deal for me since none of my family members has been outside of Vietnam.

I came to Spain without much imagination, plus I did not speak a word in Spanish so, hell yeah, I was ‘swimming’ quite hard at the beginning. During my time living in Spain, besides many many good things that I have experienced, of course, I have faced some certain difficulties. Today my post is all about ‘weird’ and uncomfortable events in Spain.

First, doing paperwork, if you are considering coming to Spain, you should know that most of the governmental offices only work in the morning which is quite a narrow schedule considering Granada has a huge number of foreigners and international students. That is why it takes ages to get your papers done.

In my case, I am not a European citizen, so I need the student pass (Nie) to be able to come back to Spain if I visit my family or go somewhere else in Europe. This year, I will get this pass on the 26th of July 2020, ‘luckily’ it will expire on the 27th of July. So basically, I have been stuck here since last summer, and I get the card for nothing. I understand the situation caused by the virus could take more time, but I should have had the pass before the confinement. It irritates me every year when it comes time to do papers. Plus, most of the papers are in Spanish even though they are for foreigners. If I had known it, I would have studied Spanish hard before coming. Now I am sort of used to doing these papers since I have been here for almost 3 years but I can imagine how crazy it is for someone who does it for the first time. 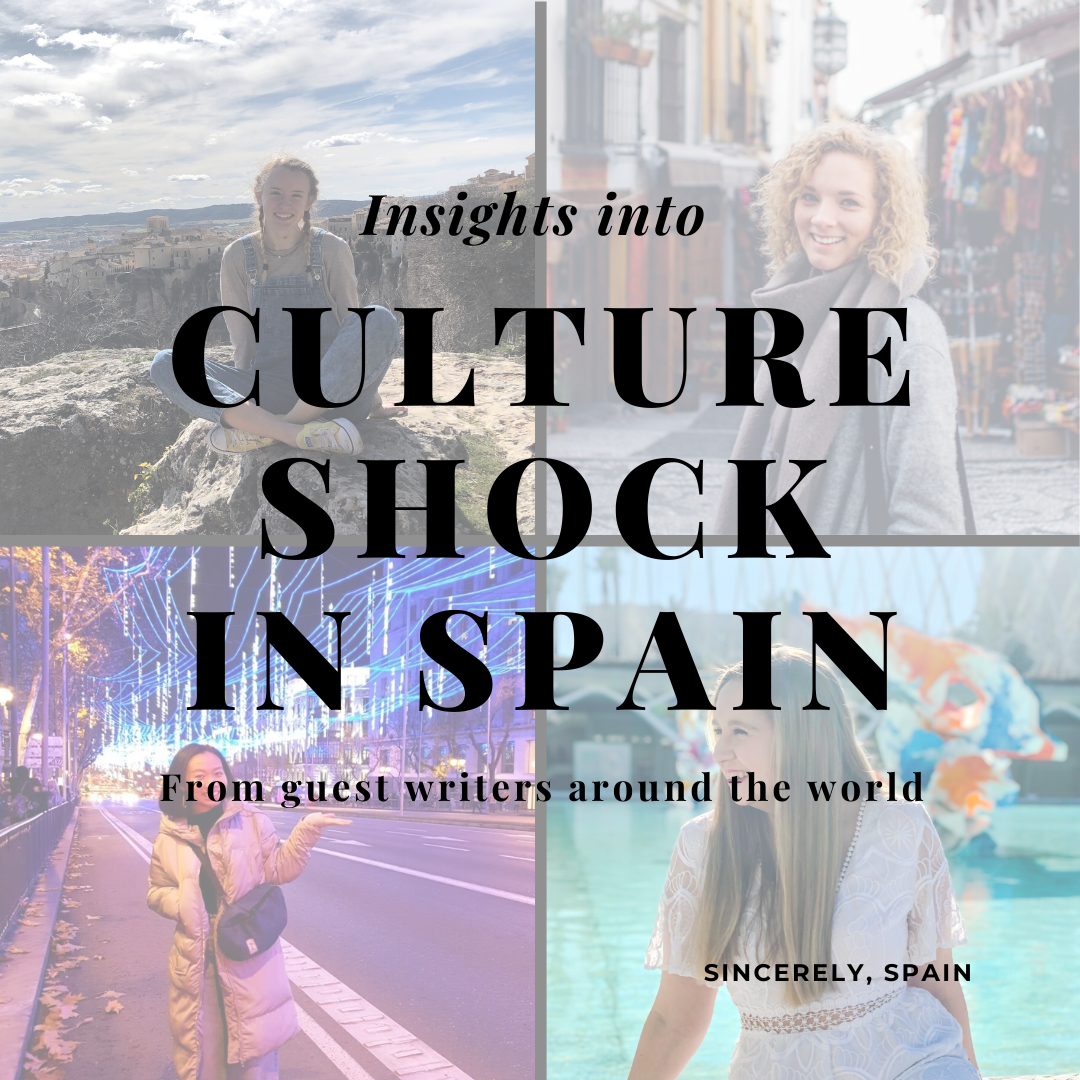 Second, punctuality. I have to admit that since I came here I have become kind of a late person. I am not blaming but the truth is everyone is late, even my professors. Last semester, one of my professors rarely arrived on time. We students wanted her to be 30 minutes late, so we could dismiss the class, she always came in at 29 minutes late.

Finally, if your goal is to learn Spanish, choosing the right city to live in is essential. It is not just about the accents but the languages. I spent one year studying Spanish in La Coruña, a small city in Galicia. I enjoyed pretty much the time being there, the only thing I wish I could have known is that in Spain they do not only speak Spanish, it depends on the Autonomous Community. In fact, Galicians speak Galician. I was very confused because from what I listened from the people, it sounded so familiar, similar to Spanish but also very strange, I could not recognize the language they were using.

Those are just a few experiences that I found quite shocking and uncomfortable. For me, Spain is still a worthy country to live and experience the culture, plus nature is diverse and amazing. Of course, no country is perfect, the more time you spend, the more you adapt to the culture. It would be better if you can spend time investigating Spain before coming so you will not be shocked or be in awkward situations.

Hola! My name is Ashlynn, and I worked as an auxiliar de conversación in Madrid this year. Although COVID-19 interrupted the experience, I loved being a language assistant so much that I’m staying an extra year here, and I will be working at the same school!

This is actually not my first stint in Spain. In the summer of 2018, I spent two months studying abroad in the beautiful city of Granada and fell in love with it. When my trip came to an end, I knew I had to find a way to come back to Spain, and for longer…For those who are considering studying abroad, a summer might not be long enough! Believe it or not, I was actually very reluctant to come to Spain. If it wasn’t for the persuasion of a friend, and the fact that I was required to study abroad as part of my degree program, I may not have ever made it to Spain (how sad to think about!!). Now, here I am almost two years later, still in love with this country. 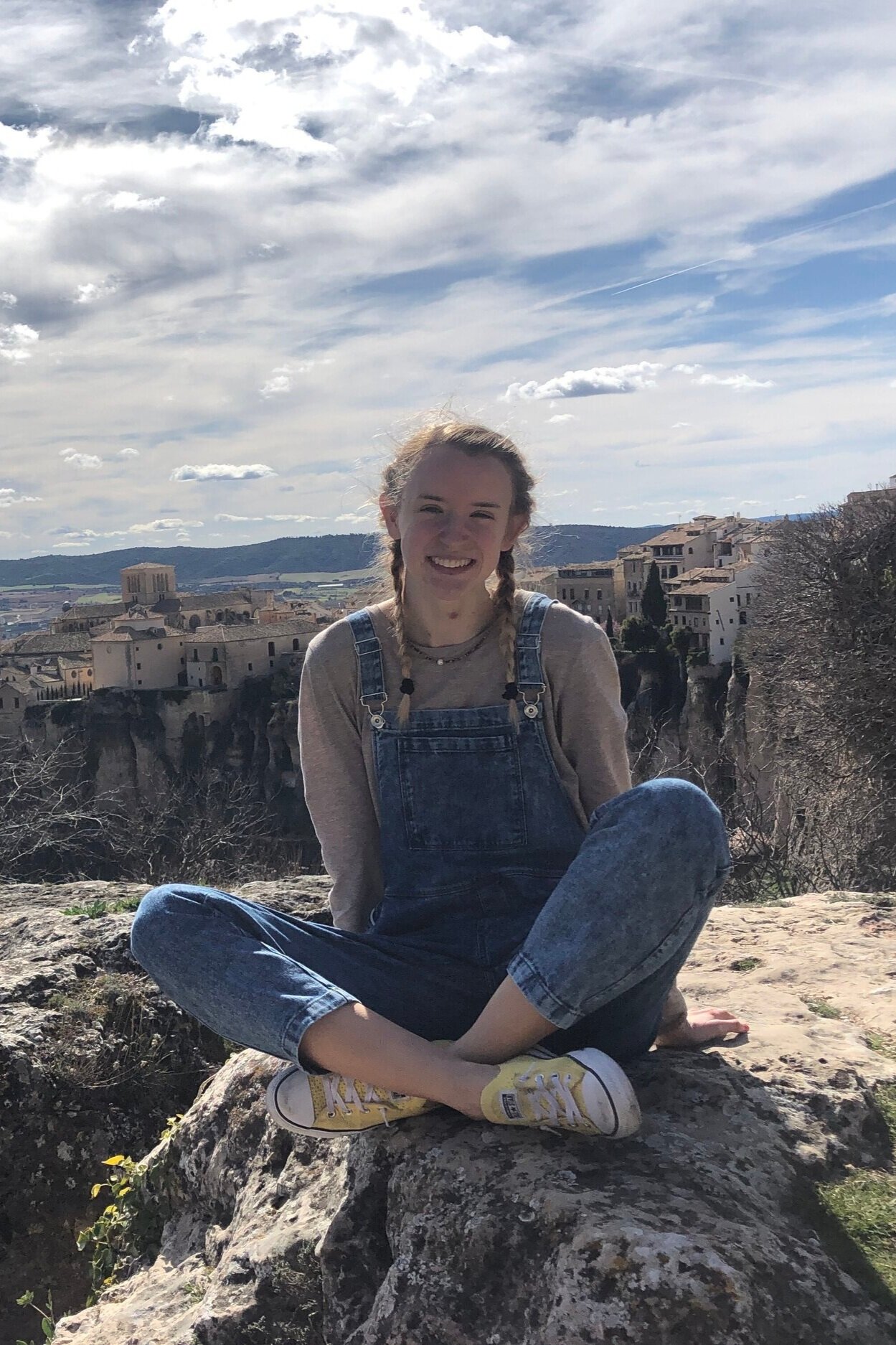 Because my first trip in Spain was relatively short, I did not experience as much culture shock until I returned to work as an auxiliar. One cultural difference I experienced, and still have yet to get used to, is that Spaniards tend to be more direct in communicating. In the United States, we often don’t state directly what we want or need, and instead beat around the bush in order to seem polite. However, in Spain, people are more direct. At first, the directness may take you by surprise or even seem harsh, but this is not the intent. This way of communicating is normal in Spain.

Another culture shock I experienced while working in a Spanish school was the relationship between students and teachers. In the United States, students address teachers as “Mr.” or “Ms.” followed by their last name. In Spain, students call the teachers by their first names, or simply “profe”. Students were also allowed to hug their teachers here! The first-graders I taught this year loved to give hugs, and it honestly made me uncomfortable at first because in the United States physical contact between teachers and students is not allowed! I eventually grew to miss the daily hugs from my kiddos when schools closed down for COVID-19. Of course, it’s important to be cautious and use common sense when it comes to contact with students, especially now. These days, students and teachers will need to avoid contact with one another altogether in order to keep the virus at bay. 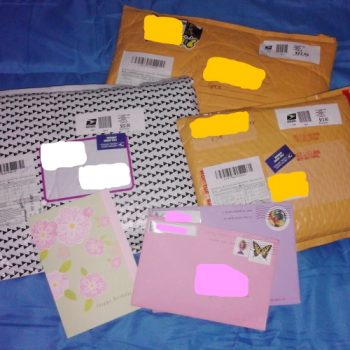 How to: Cheaply Send a Package to Spain 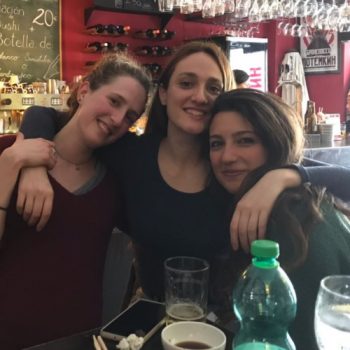 How to: Make Friends with Spaniards 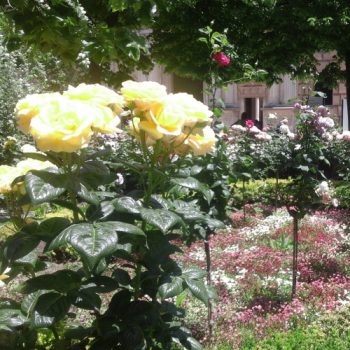