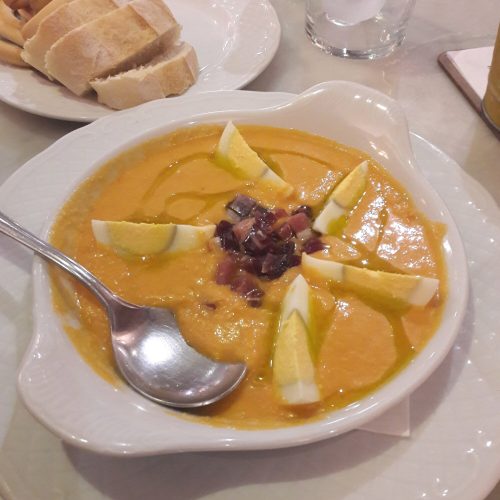 Spain’s cuisine is one of the best in the world! Okay, well, we may be incredibly biased after choosing to live in the country for so many years. Still, there is something that many people agree is special about Spain’s gastronomic offering. In a very diverse country where the Mediterranean Diet is king, you can find so many delicious—and often also very healthy—options! As you can imagine, each region has its own specialties when it comes to food. However, we’ve tried to highlight favorites that can be found rather universally across the country. Let’s talk about the top five that you simply cannot miss! 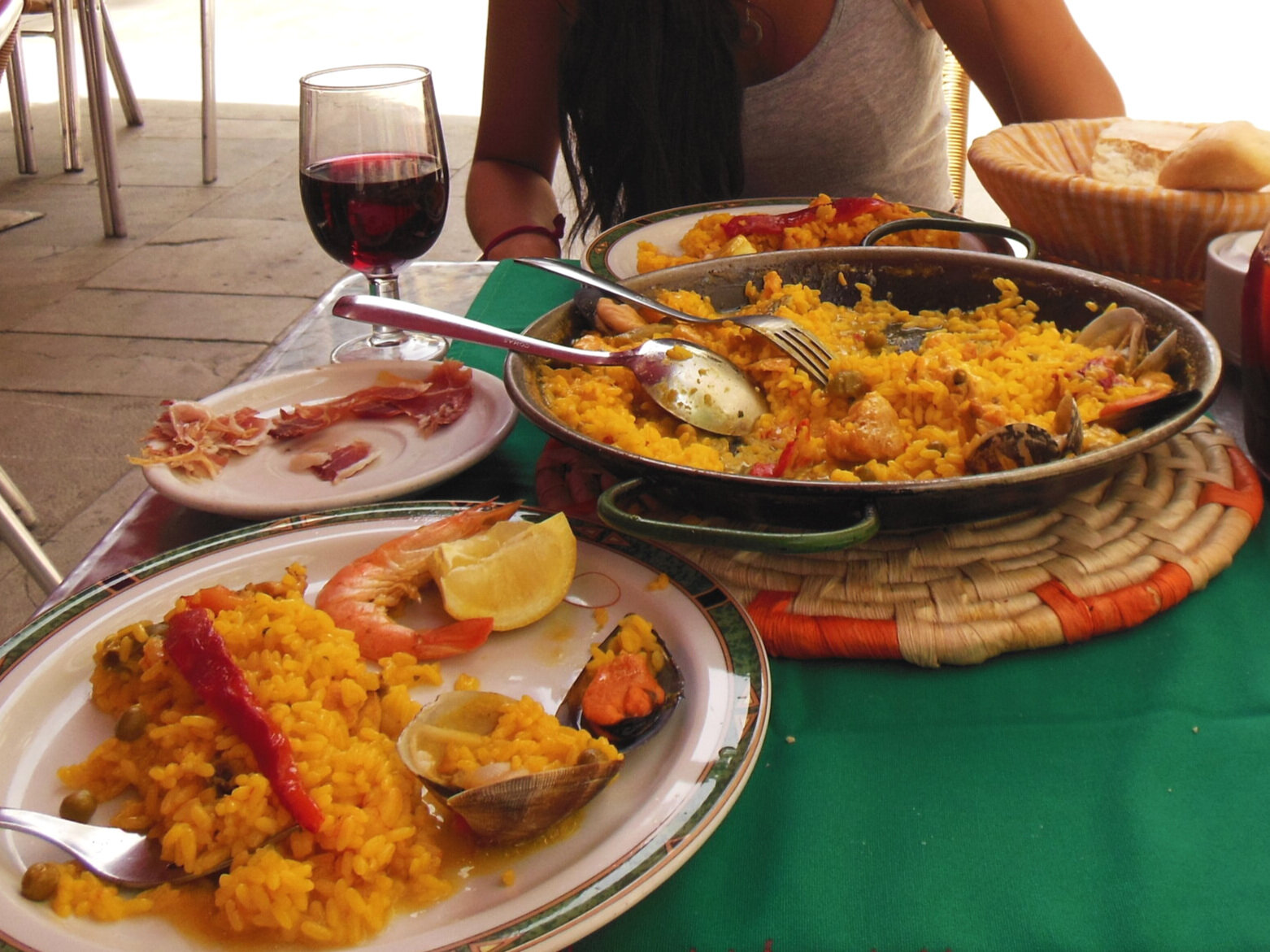 This dish is synonymous with Spanish food for a reason! Although valencianos (the people from the northeastern region of Spain that is responsible for the invention of paella) would disagree, there are so many different ways to prepare paella that you could eat this rice dish every day and not get bored. The traditional Valenciano paella is prepared with chicken, duck, rabbit, snails, broad beans, tomato, rice, olive oil, water, saffron, and salt. However, we’ve also enjoyed a lot of other varieties as well, especially with seafood along the coast, although it should be noted that out of respect for traditional paella these should only be called “arroces,” or rice dishes. 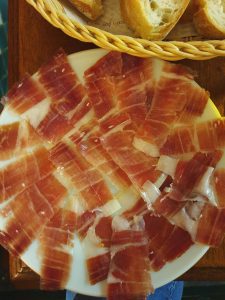 If you know anything about Spanish food you likely have heard of Spain’s jamon ibérico but let us go one step further and specifically recommend jamón de bellota. Until we did the field research for our article on different types of Spanish ham, we weren’t specifically convinced this version was that much better than the others. However, we can now assure it’s worth the higher price tag! Since this ham comes from a pig native to the Iberian Peninsula that is fed only a natural diet, mainly consisting of bellotas, or acorns, the resulting taste is unique. This ham’s rich flavors really seem to melt in your mouth and the good news is that it’s the healthiest of the cured hams as well! 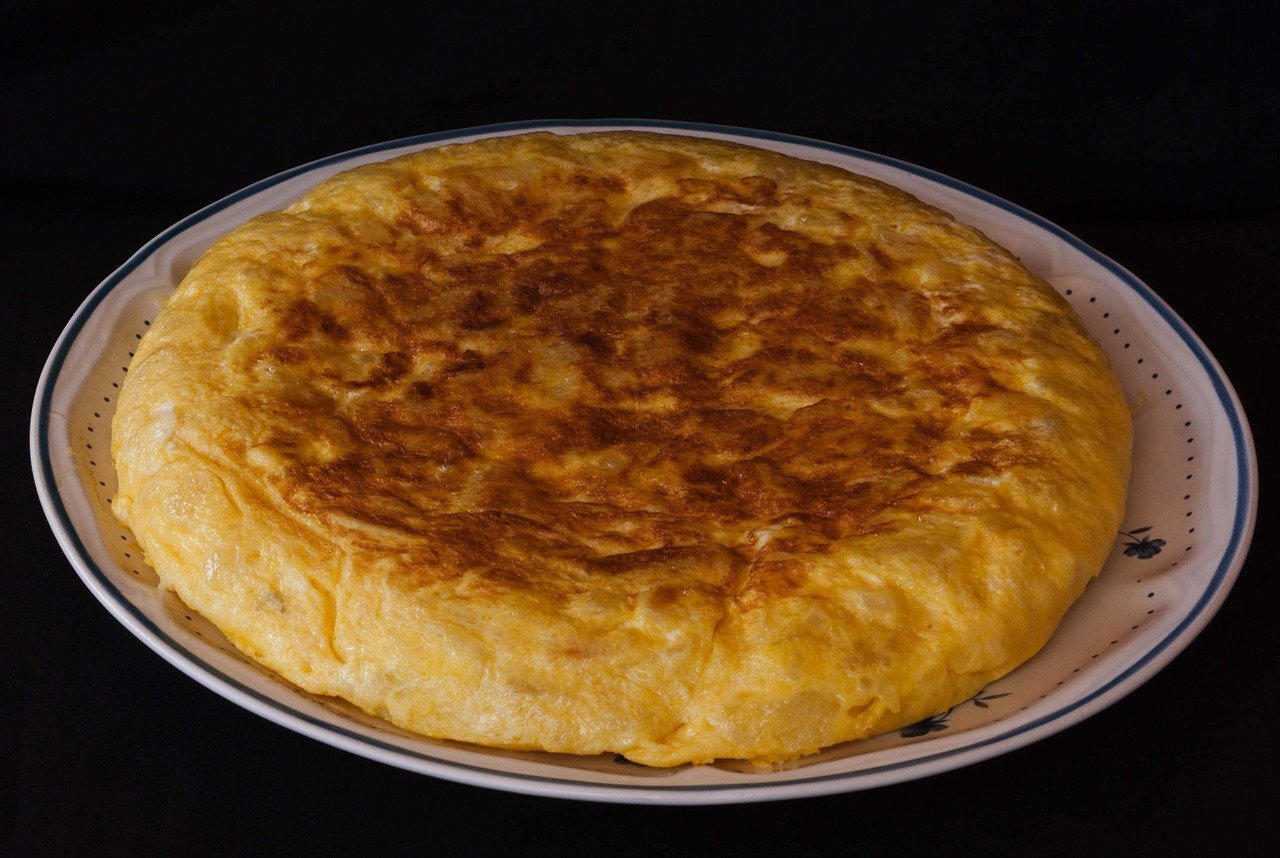 There is perhaps nothing more basic to the Spanish diet than tortilla española—which is in fact an omelet, no relation to the corn-based ‘tortilla’ of other Spanish-speaking countries. If you ask about the origins of this dish, you’re likely to get an explanation that it was simply “poor people’s food” when potatoes first came to Spain and it was realized that the combination of egg and potato was both filling and nutritious. Since then, this omelette has stolen the hearts of Spaniards and tourists alike and should definitely be on your list. Tortilla can be be enjoyed day or night—you’re likely to find it served cold at a breakfast buffet as well as served hot or cold with lunch, dinner, or in tapas form. 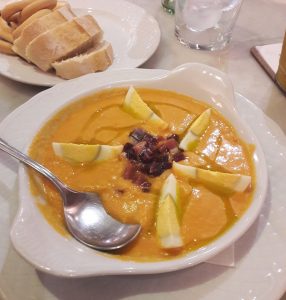 While you may be among the people who wince at the idea of cold soup; you really ought to give Spain’s version a try! This tomato-based soup is delicious and filling, pairing the protein of hard boiled eggs and healthy fats of olive oil and jamón serrano with its vegetable base. Sprinkled with salt and devoid of any other herbs or spices, it’s the perfect example of Spain’s truly Mediterranean diet. If you prefer a less creamy soup, gazpacho is another great cold soup from Spain that you may enjoy. Gazpacho can be served garnished with olive oil and red and green peppers or alone, even in a cup for drinking.

Read more about Córdoba, the home of salmorejo, here! 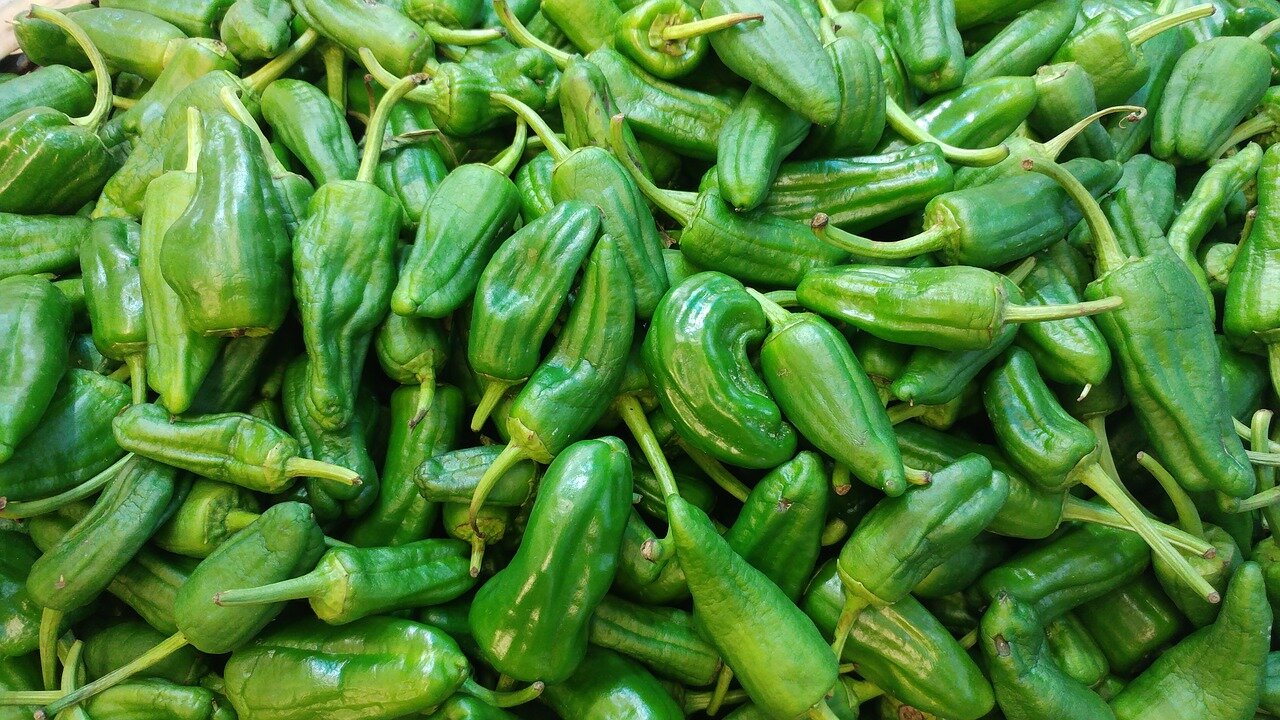 It has been nearly impossible to pick this last recommendation as it’s so hard to narrow down the best Spanish dishes to only five! However, we’ve decided on pimientos de padrón as they show up on few existing lists of best Spanish foods yet definitely deserve a mention. Pimientos de padrón are small green peppers native to Galicia, a northwestern region of Spain that are cooked quite basically. They are fried in olive oil and served in a big pile, no other garnishes or side dishes. The best part of sharing this food with friends is that most of the pepper will have a mild flavor but every now and again you’ll pick a hot one. Are you up for the surprise?

Read more about Santiago de Compostela, one the best cities for ordering this dish, here! 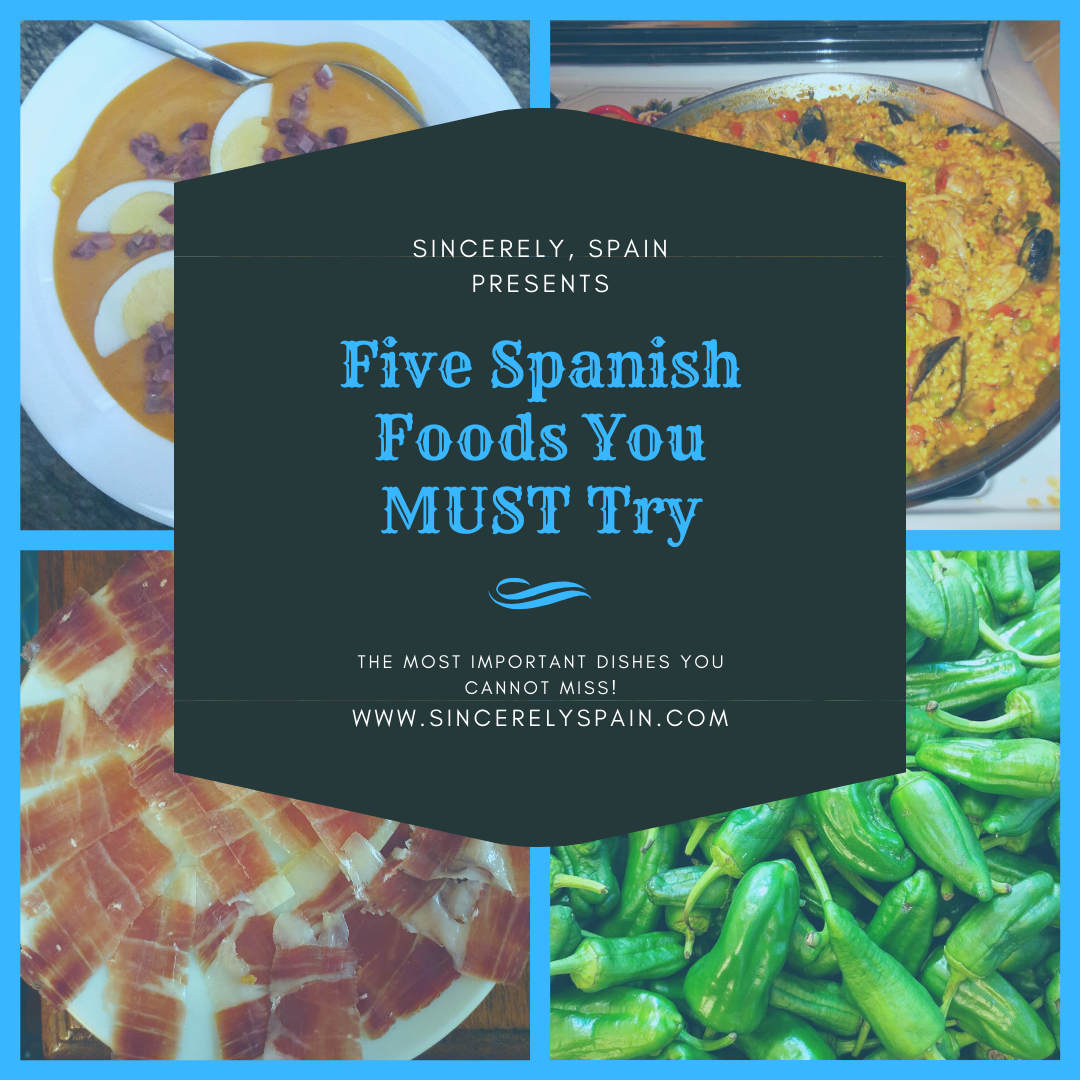 As mentioned above, it was incredibly difficult to choose just five favorite Spanish foods but we wanted to provide a bare-bones list in case you don’t have long to spend in Spain but want to be sure to try important dishes of the local cuisine. Of course, you should also make an effort to sample Spanish wine and other wine-based drinks, cheese, and olives for starters.

Let us know if your favorite dish didn’t make our cut or if you’d like us to get specific with more lists of favorite breakfast foods, local foods, etc. Enjoy! 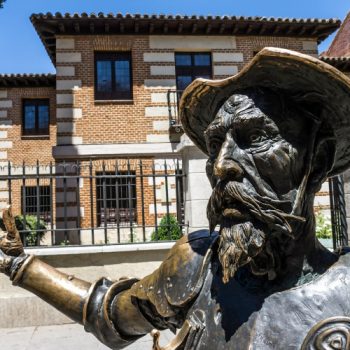 Who is Don Quixote 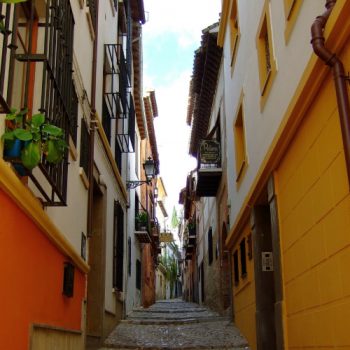 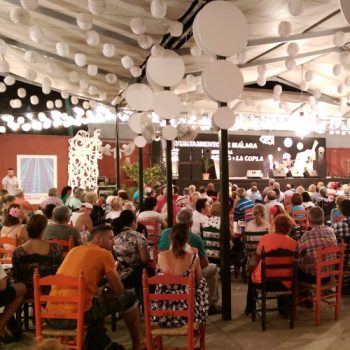