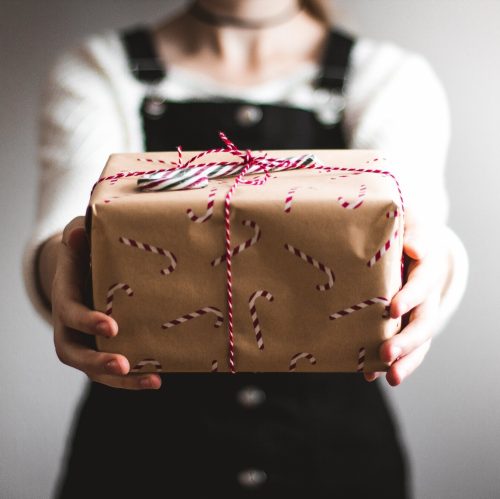 So, I’m super excited because for the first time in a handful of years, I’m going to be celebrating the holidays with my family!! Granada is quite far away from the United States and I just don’t get to make it back all that often. Thankfully, in past years my amazing friends here in Spain have invited me to spend this special time with their families and so I haven’t truly missed out or felt alone. However, there is something unique about each family and its traditions that still makes you miss your own family, even as you’re surrounded by the welcoming warmth of another.

Thus, I’m bursting at the seams at the opportunity to spend Christmas and New Years with my parents this year…but (there always seems to be a ‘but,’ doesn’t there?) as it’s really sinking in, I’m also starting to recognize that it’s still not going to be the same! Although I’ll have some of the people I miss most at this time of year with me this time around, we’ll be in a different country, without the rest of our family, and without a lot of simple but traditional aspects that we’re used to having at the holidays (i.e. where does one even begin to look for eggnog in Spain?! I’m pretty sure it’s a lost cause). And then there’s also the huge elephant in the room—my parents will be staying in a hotel and so I’ll be hosting Christmas at my house!!

I don’t know about you, but I’ve never hosted a holiday in my life and it feels a little intimidating. What will we eat? What will be drink? When will we open Christmas presents? When will we eat? What will people do in the meantime? So many questions!! Honestly, it’s just my parents who will be coming so there is truly no one to impress, but it’s my first time hosting and so I just want it to be this beautiful experience. It’s also the first time I will be spending Christmas Day with my fiancé and certainly the first time all four of us will celebrate together and so I just want it to be a good memory for years to come.

Still, I’m trying to sift through the reality and decide what aspects from my traditional, childhood Christmas to incorporate and which more Spain-specific traditions we can weave in otherwise. It’s funny that this post is turning into a string of questions rather than a list of great tips and tricks to help you if you’ll also be hosting the holidays abroad (which is what I had hoped to provide) but I guess this is authentic too. It’s good to know you’re not the only one with a million silly little doubts….but, now that I’ve gotten that off my chest, here’s the low-down on what I thinking now, three weeks after originally starting this post:

1.) The most important part of the season is the reason: I’m a sucker for a good rhyme so, no, this isn’t actually a religious reference. Instead, it’s recognition that the holidays get built up A LOT! We likely have lots of great memories of this magical time of year and so we feel pressure to continue that, right down to all the inane details of which plates we’ll use and which wine we’ll serve. However, what made past memories so special was spending time with the people we love. As long as you keep that as your main goal, it will be hard to ‘fail’ at hosting the holidays.

2.) Nobody actually cares about the details as much as you do: Of the same token as the above sentiment, this may make you more or less frustrated, but the reality remains the same—most people who come to your house for the holidays are simply happy to be off the hook of hosting themselves and are going to be thrilled with whatever you plan and prepare! Don’t sweat the small stuff.

3.) You are truly not expected to do everything on your own: Especially at this time of year, people tend to be in good spirits and happy to help. There’s no need to feel you have to shoulder every task related to Christmas dinner (or whatever celebration you will be hosting). Instead, others often feel more included if you allow them to pick something up, make a side dish, or at least help you prepare your meal that day. Especially in my case in which my parents will be staying in a hotel, I’m wrapping my head around the idea that they will be happy to spend the day here with us and lend a hand with the meal and that this is not a sign of “not being able to host myself” but instead hosting in an inclusive way.

4.) Being in a foreign country can work to your advantage: While the foreignness of your holiday backdrop this year may initially feel like a challenge you have to overcome, don’t forget that this can work greatly to your advantage. I’ve been so caught up on making our Christmas celebration as traditional as possible but I recently realized that my parents have spent decades on decades celebrating Christmas the American way and this is the first time they’ll have the opportunity to experience it Spanish-style. I’m suddenly much more excited about integrating Spanish dishes and traditions into our celebration, which is far less stressful as that means choosing from options that are readily available rather than trying to hunt down impossible foreign oddities. Instead of rowing upstream to create something ‘traditional’, why not go with the flow and create something new (for you and your family)?

So there you have it, those are the conclusions I’ve recently reached about hosting the holidays while abroad. I still have no idea what we’ll do for New Years Eve, but with more clarity about my expectations for Christmas, I’m starting to feel more at peace with letting things just work themselves out. You (and I) seriously don’t need to worry so much! It’s going to be a beautiful memory simply because family is going to be together. And for me, this year around, that’s the best gift I could ask for! 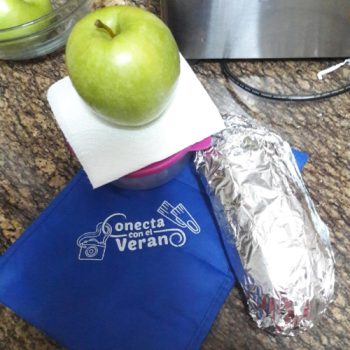 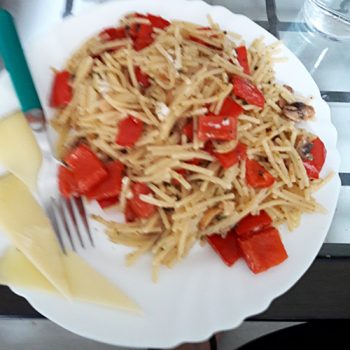 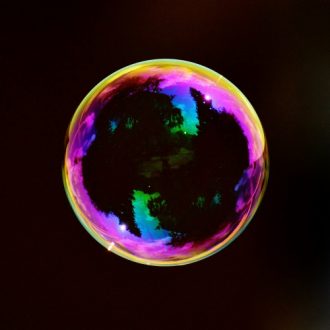