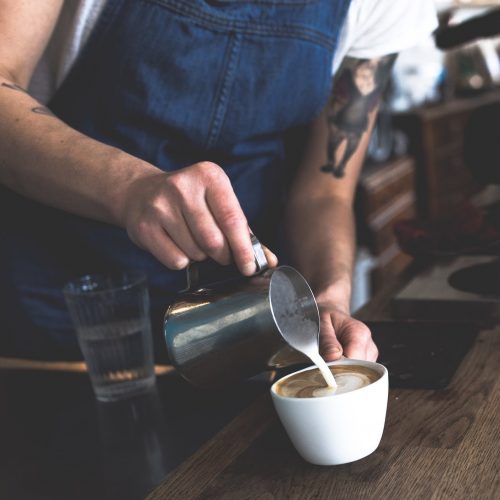 When I first heard you say this expression, you were behind the bar getting me a glass of wine and I when I said “thanks,” your response was “no hay de qué” and I was like ¿qué? (what?). It took you probably ten minutes to explain to me what it meant as it is something that is so ingrained in your way of thinking that we went around in circles until I caught on. However, it is now one of my favorite things to hear as it reminds me of you with a smile on my face!

And, as you know, we love sharing this kind of thing with the people who read our blog (check out our posts on me cago en…, buen provecho, and el mundo es un pañuelo for some examples). So, let’s see if I can explain this Spanish expression better than you could. 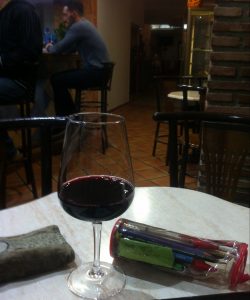 Rough English translation: there is no need

What this really means is that “there is no need to say thank you.” In this sense, this expression is used in place of de nada—or you’re welcome—which actually means “of nothing.” Maybe it is just because they consider that they are just doing their job (or perhaps because Spanish people aren’t known for being overly polite in the Anglo way), but when I say thank you, it is often brushed off as something that was unimportant.

Note: I think it is really interesting how different actions are considered polite in different cultural contexts. Check out our introduction to cultural competences for more information and look for future posts on this topic.

I often hear this when I am in a bar and I ask someone for a drink and tell them gracias when they bring it to me. I am not totally sure of the origin, but like we talked about in this article, it can sometimes seem that Spanish service people are not polite. However, it is not part of their culture to consider bringing you a drink as something outside of their job description. A simple no hay de qué is their way of showing you that they appreciate that you are being polite, but really that they are just doing their job. 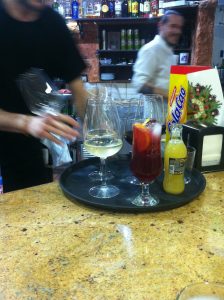 An example in context:

A couple of weeks ago a close friend asked me for some help on her application process for a really cool project. However, she had let things get really close to the deadline and it was kind of a panic to help her organize everything. In the end, she profusely thanked me over and over again even though I was just helping her out as a friend (and she would do the same for me). In this case, a no hay de qué shows that everything is as it should be and please don’t worry about thanking me—it was no big deal.

At the same time, I sometimes feel that in English we have the ability to turn things like “no big deal” into passive aggressive comments when it it is totally unnecessary. Please take this (like no pasa nada) at face value—when you say that it is not a big thing you have to expect that it will be understood as such. And if someone says it to you, they really mean it, if they didn’t, they wouldn’t have said anything back to you. 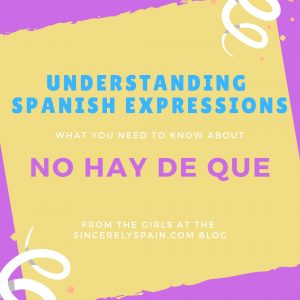 This expression is easy to use and now that you know about it, you will probably hear it more often (or it is just me that I don’t really ‘hear’ things until I know what they mean?). While de nada is a much more common form of saying “you’re welcome,” see how people use this expression around you and don’t be afraid of using it in your own conversations every once in awhile.

Let us know if you have any other questions or if there are more expressions you want to know about in the comments! 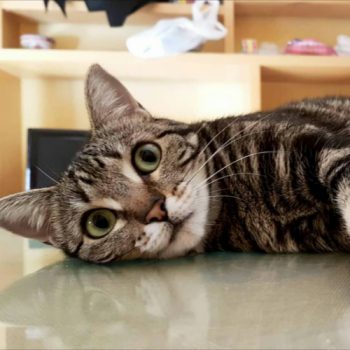 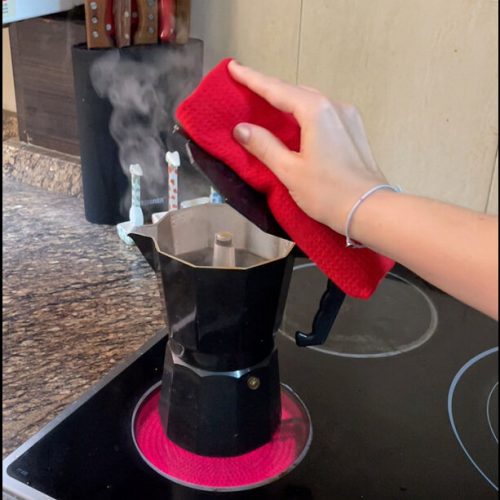 How to Make: Spanish-Style Coffee at Home