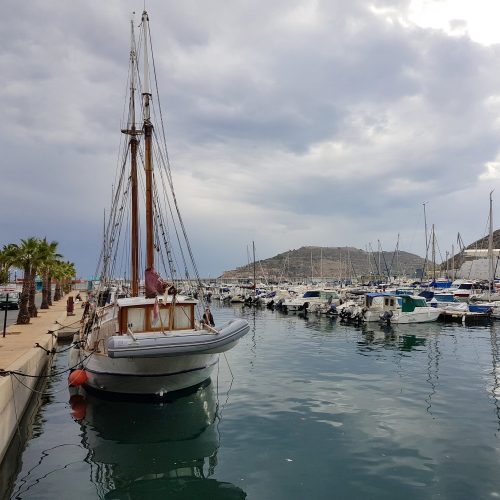 Depending on where you’re coming from, Cartagena may not be the easiest to reach. There are some train options, but no fast trains meaning that taking the RENFE from places like Madrid or Barcelona will actually take you longer than in a car (and sometimes longer than on the bus). Renting a car or checking out Bla Bla Car is probably your most economical and time-efficient option. A less conventional option is to arrive by boat as Cartagena is a port city and welcomes cruise ships and private boats regularly.

Recommended time of year to visit and length of visit: Cartagena is surrounded by some beautiful beaches and other outdoor attractions and is therefore recommended when the weather is warm. Between June and October the average highs range between 28-34°C (82-93°F), making the bookends of that range ideal. You can see the city center of Cartagena easily in a weekend but might want an extra day or two if you’ll be visiting the surrounding area as well.

Fun Fact: Although you may not have heard about Cartagena before, it was once one of the principle cities in Spain due to its strategic port location and has actually been inhabited since 227 BC! In fact, its name comes from Carthago Nova which is Latin for “New Carthage” and you can still see the Roman and other centuries-old influences on the city today. 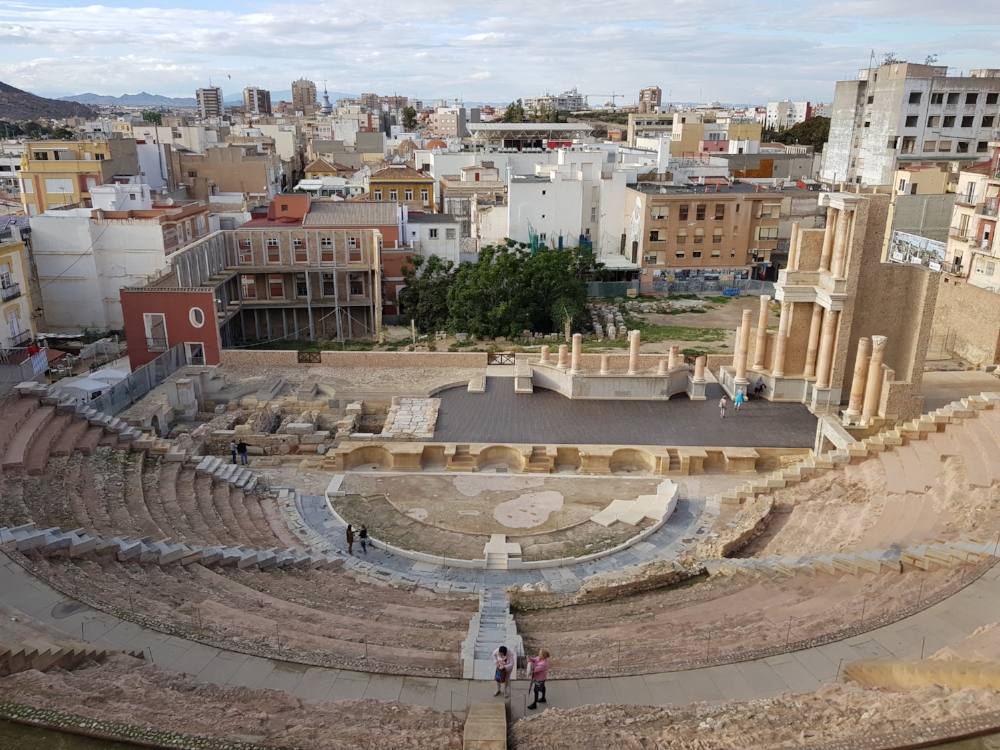 1. Castillo de la Concepción (Parque Torres) and Teatro Romano: Cartagena is one of those cities where you can stumble across plenty of ancient architecture just walking through the center of town. The most impressive of this being the Teatro Romano, or Roman Theater, which is still mostly preserved (and in parts restored) today. You can enter the theater itself through the old town hall which has been converted into a museum but the view from above (from Parque Torres) is quite impressive as well and free of charge. Definitely leave yourself some time to wander around Torres Park as well as potentially visit the museum in the ‘castle’ at the top. It’s a bit of a trek though, so not recommended in the heat of the day nor for folks with any sort of mobility impediments.

2. Museo Nacional de Arqueología Subacuática: The National Museum of Subaquatic Archeology was a rare find—incredibly informative and interesting, especially as its focus is on history and archeological finds I knew very little about! Located in the port of Cartagena, there’s a temporary exhibit open to the public free of charge but the rest of the museum only cost 3€ and was well-worth the investment.

Pro-Tip: Unlike the temporary exhibit, the main vessel of the museum (yes, it is shaped to feel like a ship) offers explanations in a variety of languages—just look for the card with your country’s flag that you can find in each individual section. Entrance is completely free on Sunday!

3. Parque Natural de Calblanque and other surrounding beaches: Calblanque was the virgin beach most recommended by our local AirBnB host but there are a plethora of beautiful, famous beaches (including La Manga) and coves in the surrounding area to choose from depending on what you’re looking for. While some buses exist to get you to neighboring towns, the best option for exploring the beaches is to have access to a car.

One thing to eat or drink: Un (café) Asiático

This alcoholic coffee beverage which would translate to “Asian coffee” is a typical treat in Cartagena. The beverage is served in a particular kind of glass, designed specifically for the drink, that you can see at right. Although you should stir it up before drinking, the Asiático will arrive in beautiful layers of condensed milk, espresso, cognac, and Licor 43 (a Cartagena-native liqueur), covered with a thin layer of foamy milk, cinnamon, coffee beans (or simply ground coffee) and sometimes lemon peel. It’s rather strong but a unique part of the local gastronomy I’d recommend nonetheless. 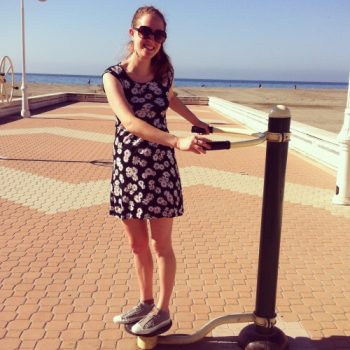 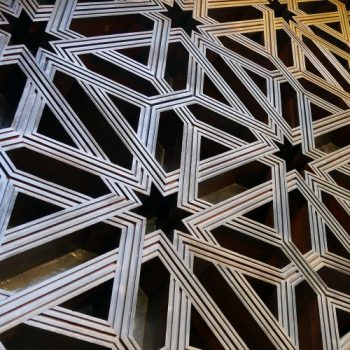 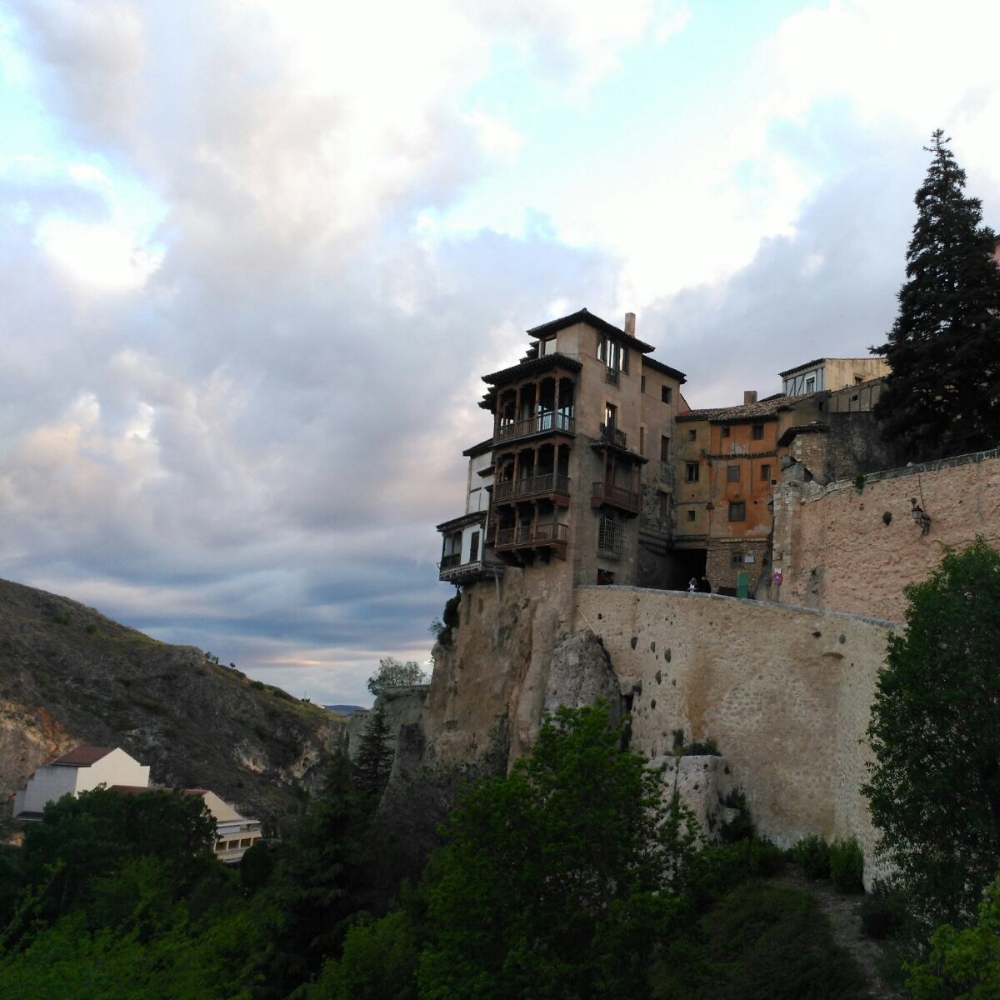 What You Need to Know about Cuenca