It may seem shocking to you that we would even have to mention this topic, but bathrooms in Spain are different to what you might be used to! In all fairness, we did adapt quickly to the differences and they don’t make anything overly difficult. Still, we know that the small differences can be a bit alarming for a foreigner at the beginning, so let’s just get this out there in the open.

Difference #1: The amount of water in the bowl

Especially from an American’s perspective there is almost no water in the toilet bowl in Spanish bathrooms! When we first got here we even wondered if the toilet paper would go down with so little water to propel it on its way. However, you have no reason to worry and Spanish toilets will function just fine. In fact, since spending more time abroad, we have realized that the rest of the world seems to be in agreement that minimal standing water in the bowl is the way to go; it’s just us who expect more!

If you grew up in the United States you are likely to be flabbergasted by this apparatus called a bidet that is present in almost all Spanish bathrooms. The bidet, which looks a bit like a smaller toilet-bathtub combo, is actually used to clean the genital and anal area after using the toilet or whenever one feels the need to “freshen up.” While it may seem a bit strange to us, it’s actually quite useful and common throughout other parts of the world. In conversations with people Spaniards, we’ve found that the opinions are pretty evenly split in terms of using the bidet or not.

That being said, it is by no means necessary that you use it―let’s be honest, who’s gonna know either way?―but it can be another new experience to try out. And we know some people who end up being converted to bidet life once they try it. There are multiple how-to guides that you can find in a basic Google search if you’re in need of some advice on the, err, logistics. Sounds silly but we think that most first-timers will be able to share an amusing story with you about the first time they used a bidet because it can be confusing if you are not sure what you are doing.

Dani, for example, was first exposed to one during her homestay when she studied abroad in Alicante. She chose to ignore the strange fixture, letting it sit there unassumingly next to the toilet for the first few weeks and knowing nothing about it and also lacking strong enough curiosity to attempt inquiring about it in Spanish. Luckily, one day, not too long afterwards Dani was with her host madre and her granddaughter at the park and upon our return her madre immediately noticed the little girl’s feet were filthy so she whisked her away to the bathroom and washed her feet in the bidet. At first Dani was impressed with the ingenuity of Spaniards and their “foot-sized tubs.” 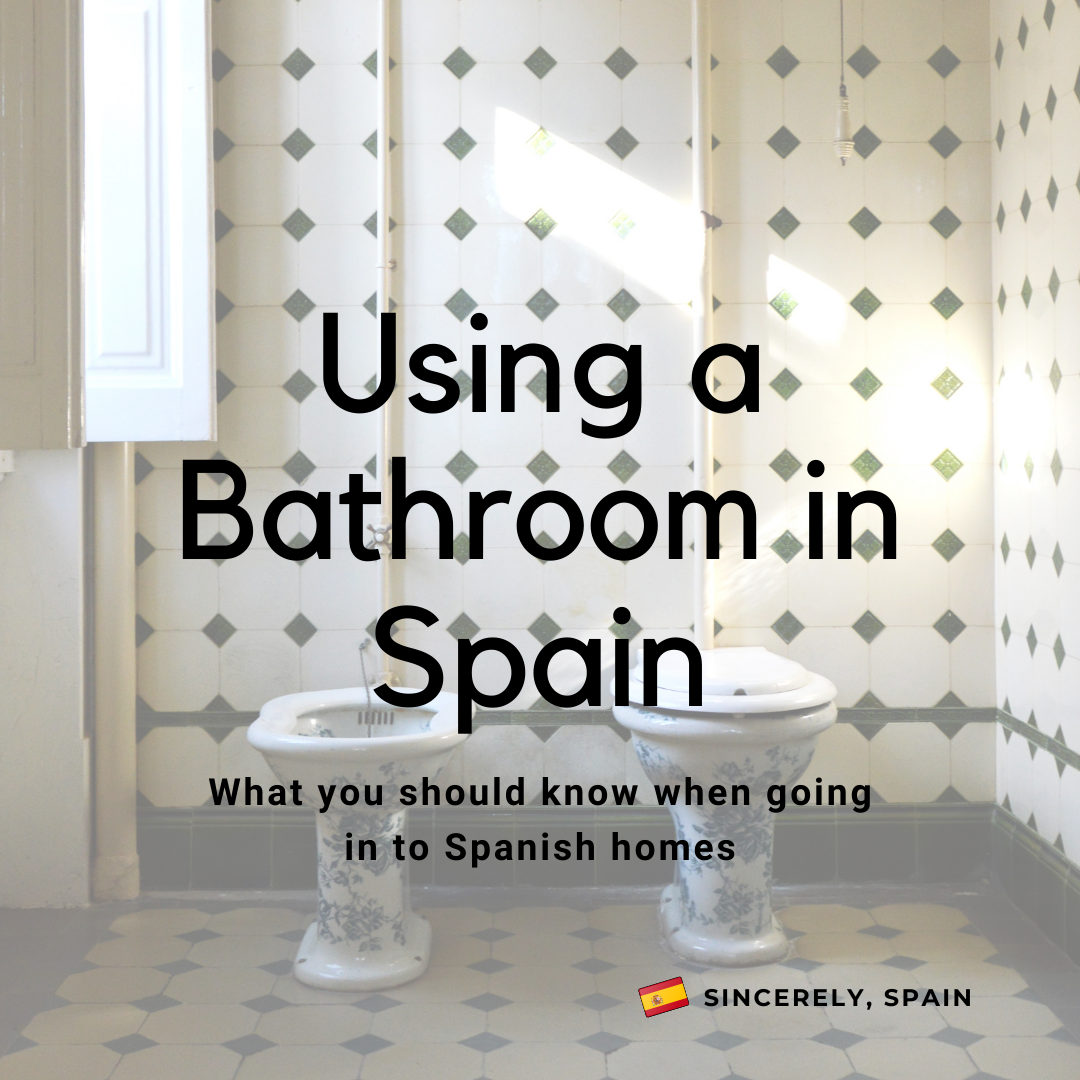 Learning from the host family, Dani then proceeded to wash her feet in the bidet each time she returned home from the beach (and continues to use it this way still today as it is SO much more comfortable than using the bathtub or shower if you only want to get your feet wet). Nonetheless, once she learned about the conventional use of the bidet, she is happy to admit that her original innocence was a bit funny. Dani even wonders if she ever worried her poor madre by any dirt or sand that may have gotten left behind…

Those are the main two differences we think you’ll be happy to know before entering your first bathroom in Spain. Well, at least your first personal bathroom―public bathrooms are a whole other ballgame with their own ground rules, so be sure to get the scoop here! Hope that helps! 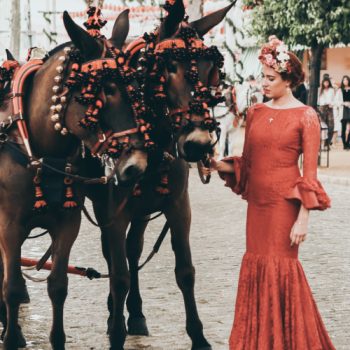 Learn Spanish: When Do I Use ‘Usted?’ 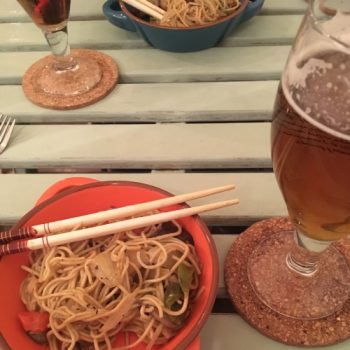 My First Time…At an Intercambio