Options will vary depending on where you’re coming from. For example, from Madrid you have bus and train options, both of which can be comparable in price and length of time. From Barcelona, however, it would be wise to opt for the flight―which is only 1.5 hours and actually cheaper than the train if you book in advance! I like to compare prices on omio.com, which is great for quickly checking the differences in prices as train, plane, and bus rates seem to go up and down at different intervals. 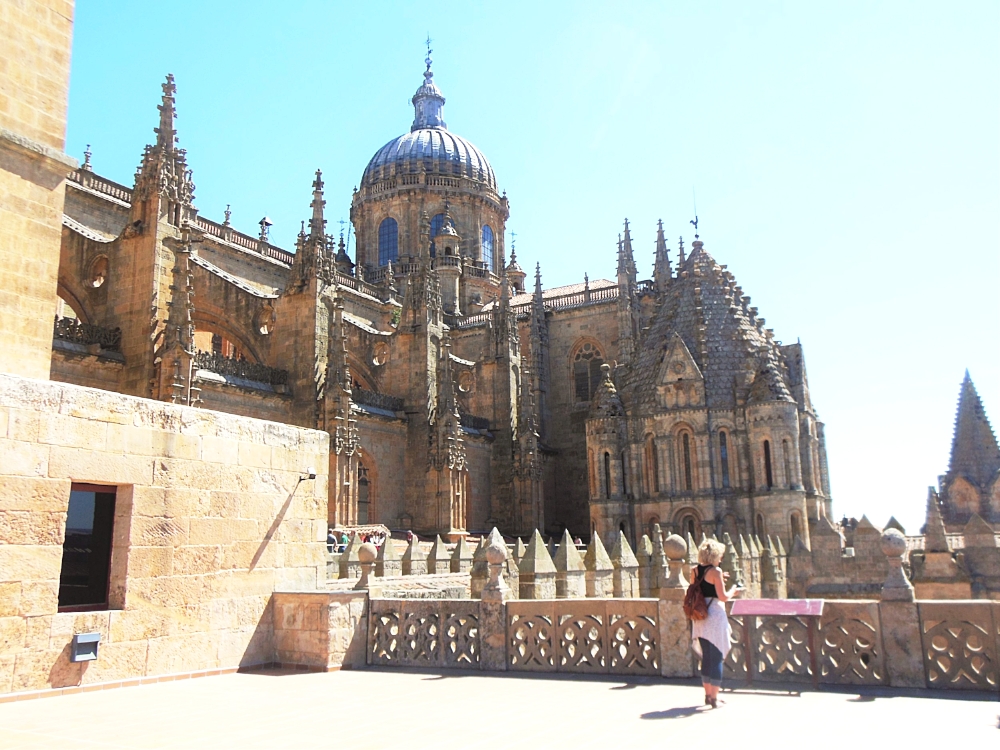 Recommended time of year to visit and length of visit: Salamanca is beautiful and sunny in the summertime, but it’s really hoppin’ during the school year. If you’re into the idea of having the big university party vibe, the beginning of each semester may be best for you. 1-3 days is enough to take it all in, as the most famous landmarks are quite concentrated in the center.

Fun Fact: The Universidad de Salamanca is the oldest university in Spain, making its buildings some of the big attractions. Be sure to catch a glimpse of the lucky frog (once said to help students pass their exams, he is now the symbol of this city) hidden on the main façade of a building in the Plaza Patio de Escuelas Menores (you’ll quickly know which façade we’re talking about as everyone will be staring intently at it).

1. El Casco Histórico: While most guidebooks with direct you to many of the historic (and mainly religious) buildings separately, I merely recommend you take an hour or so to wander through the historic center of town. In doing so, you’ll nonchalantly walk pass all of the ‘must-sees’ anyways! Personally, I found some places like the Casa de Conchas to be highly overrated but I recommend taking the time to tour the Catedral as you can find beautiful views of the city from the rooftop and walk along a ledge inside to see the cathedral from a high-up prospective. Plaza Mayor is also a wonderful place to take in the city.

2. El Puente Romano: This Roman Bridge is nothing out of the ordinary if you’ve seen Roman Bridges before, but it’s impressive if you take in the fact that it’s been functioning since at least the 1200s! It’s also a great excuse to wander outside of the most densely-populated sections of the city. Walking along the river is a relaxing way to spend a quiet afternoon―take a snack or book to enjoy this slice of nature in the big city.

3. Casa Lis Museum of Art Nouveau and Art Deco: I’m not usually one to mention museums in my top three, but this art museum was one of the best I have ever visited! Perhaps it was because I had never seen a large collection of Art Nouveau and/or Art Deco (which I knew nothing about before), but even the building seems to be a part of its artistic appeal. Totally worth the 4€ admission, you can spend hours in this place―even the café and gift shop drew us in!

One thing to eat: International Cuisine

Not to say that Salamanca doesn’t have its own traditional food to offer, but one of my favorite parts of this city was the great variety of quality international food options. If you’re in the mood to take a break from the normal Spanish cuisine, I personally recommend the Greek food (there’s a great little place on the street just south of Plaza Mayor) and all of the great international (and Spanish!) specialty beers you can find at places like Bar Erasmus.

How to: Talk on the Phone in Spanish 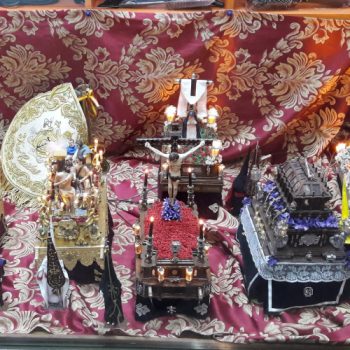 Snapshots of Spain during Semana Santa 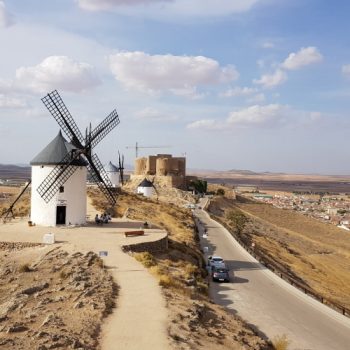 Visiting the Consuegra Windmills: Everything You Need to Know